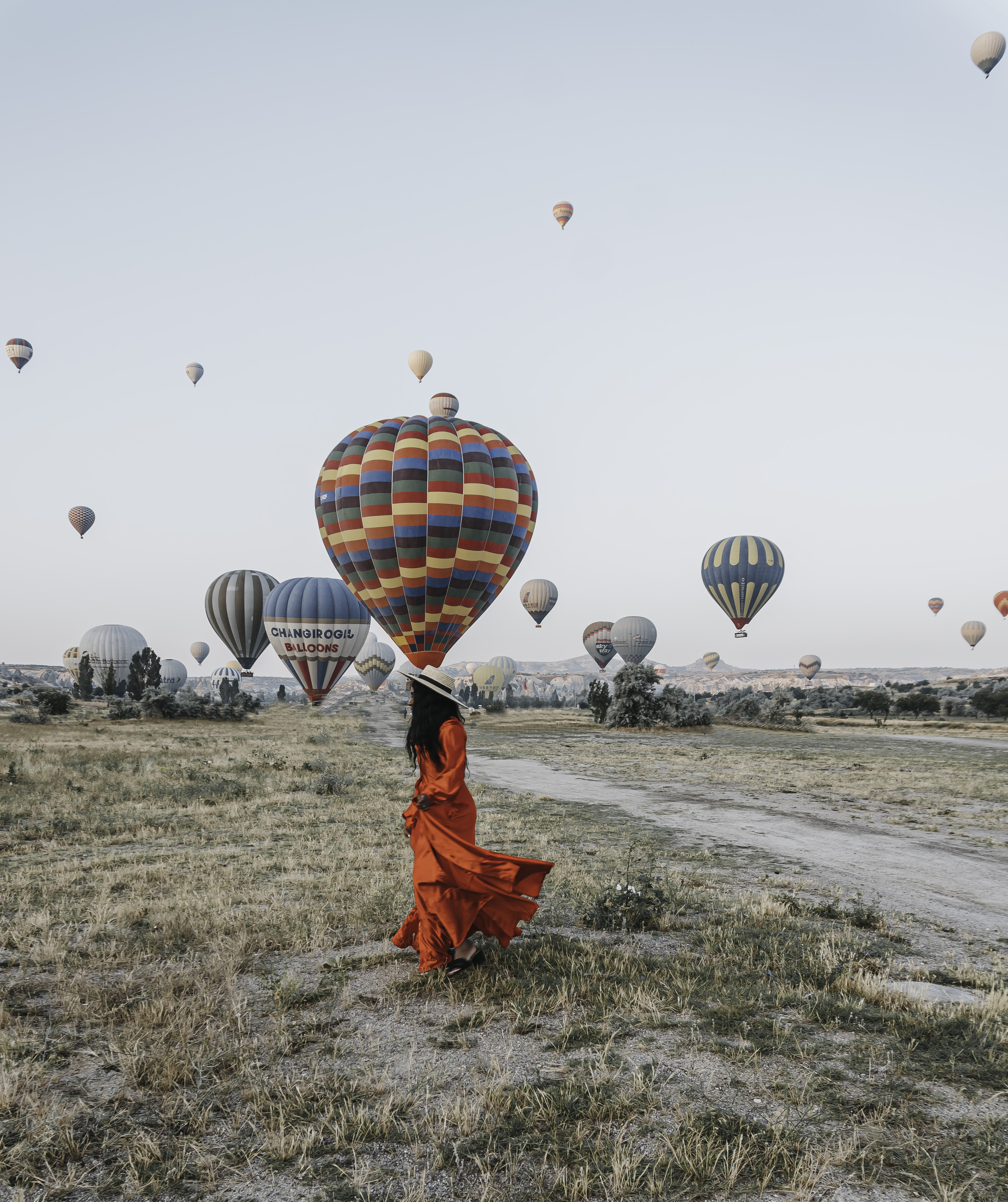 At the top of my bucket list as I wrapped up my 20s, was my desire to rise with the sun in a Hot Air Balloon. Not just anywhere at that, but in the most popular location in the world for hot air ballooning – Cappadocia, Turkey.

Cappadocia is prominent for its unique river valleys, pillars and volcanic cones, famously referred to as “fairy chimneys”. Every year, hundreds of thousands of people around the world take to the skies in the region of Cappadocia and it’s easy to see why. The region was inscribed to the UNESCO World Heritage list in 1985 and has been preserved ever since.

A FEW THINGS TO KNOW BEFORE YOUR FLIGHT

COST/FLIGHT TYPE: Prices for standard balloon flights range between €135-€200/flight. Standard flights usually hold 16-28 people (sometimes up to 32) and last anywhere from 45-60 minutes. Most companies offer deluxe flights which last longer than an hour and carry less people in the basket. Private flight options are also available for special occasions.
WHEN: The best time to visit is in the Spring (April – June) or in the Fall (September – October). Although balloon flights in Cappadocia take place almost all year round, they are weather dependent and can get cancelled based on weather conditions. In the event that your flight does gets cancelled, many companies will offer you a full refund or help you reschedule if there are future slots available.

WHAT COMPANY TO FLY WITH: There are 25 balloon companies in Cappadocia which offer balloon trips year round. Each balloon company has its own roster of balloons with varying prices, flight lengths and capacities. Ultimately, the company you decide to fly with will depend on your personal preference in terms of one or all of these three. I did quite a bit of research before my trip and referenced this website often for FAQ’s about each balloon company.

TRANSPORTATION: You don’t have to worry about how to get to your take-off point when you’re still sleepy-eyed first thing in the morning because transportation from/to your hotel is provided for all customers regardless of which balloon company you decide to go with. This is included in the cost of the flight.

FOOD/DRINK: A light breakfast or a buffet, depending on the company you choose, will be provided before takeoff. Additionally, in true balloon customary practice, a glass of champagne will be provided upon completion of your flight, along with a certificate/plaque to commemorate your experience.

I flew in a deluxe 16-person balloon with Cihangiroğlu Balloons, which was booked through my hotel for 180 Euros. The hotel provided a 3:15AM wake up call and at 4:00AM sharp, I was whisked away in a mini van with 10 others to our morning adventure. When we arrived at the site, we were treated to a light breakfast which consisted of Turkish tea, coffee and pastries. While having breakfast, we watched as dozens of balloons were being prepped for takeoff. It wasn’t long before the rhythmic sounds of oohs and ahhs (what I now refer to as the soundtrack of the morning) began as the roaring flames inflated the balloons. After waiting nervously for a decision from the Civil Aviation Authority on whether it would be safe to fly, we got the green light and took-off at 4:55am.

We drifted through the sky with 99 other balloons, visually ingesting every second of the terrains as the sun began to rise. The panoramic views of the region blew my mind from the highest points and the proximity to the trees and buildings as we floated above the valley and the local towns, left me on edge at the lowest points of the flight. I was left in a magical and youthful daze as we passed through the famous Fairy Chimneys, Sunset Peak, Rose Valley, the town of Goreme, cave houses and many more. Within minutes, the landscape began to change colours and Cappadocia revealed itself and all of its beauty as the sun rose in unison with 100 balloons in the sky.

The entire ride felt like a slow moving elevator ride, with a thrilling, but smooth landing to end our flight. Once we all off-boarded the basket, we celebrated the flight with a champagne toast and received customized certificates to mark our participation and completion of the flight.

Hot Air Ballooning in Cappadocia was a magical experience that I will never, ever forget.
The experience alone was well worth the coins I dropped on this trip to Turkey.

If there’s one thing you should have on your bucket list, 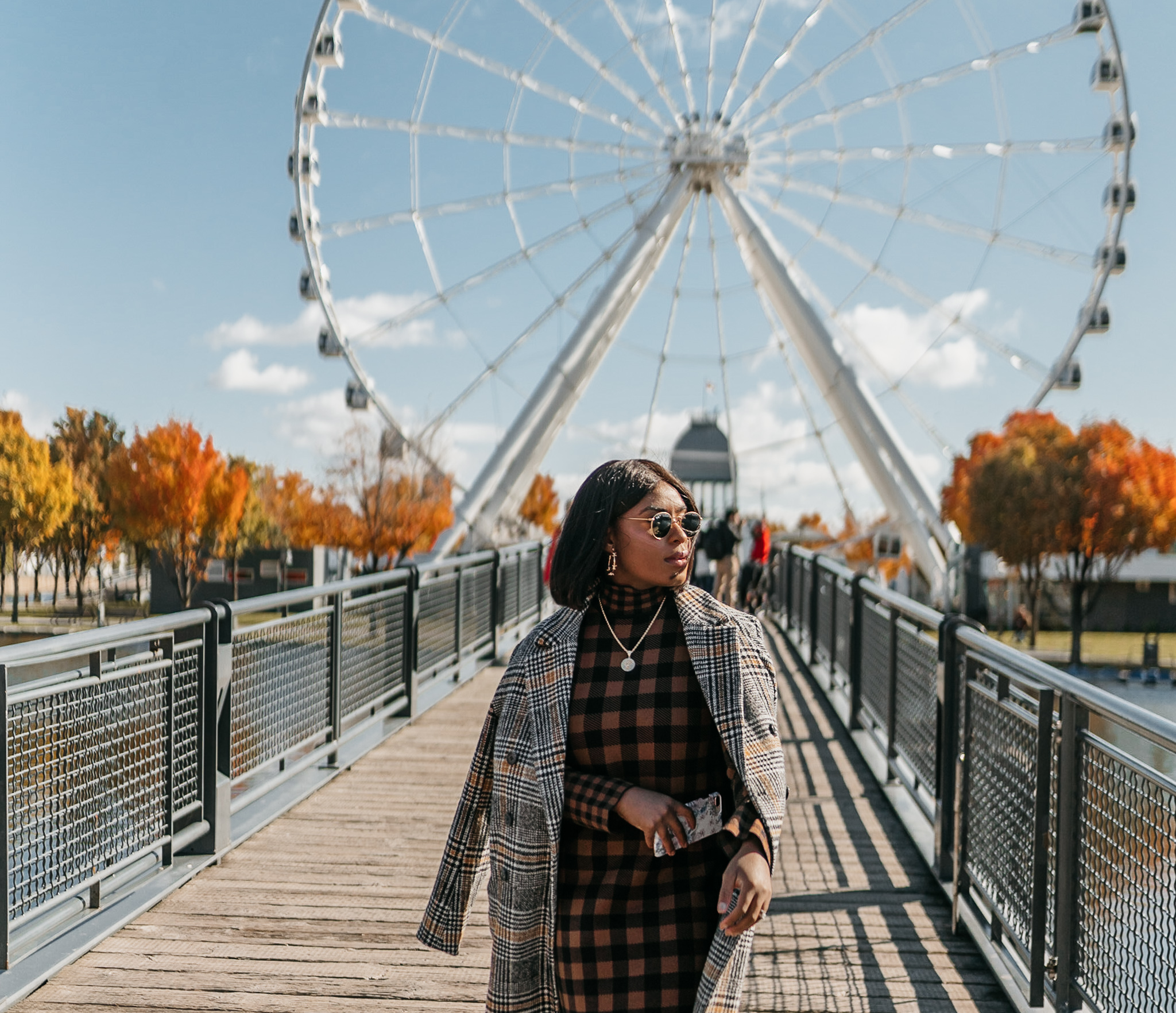 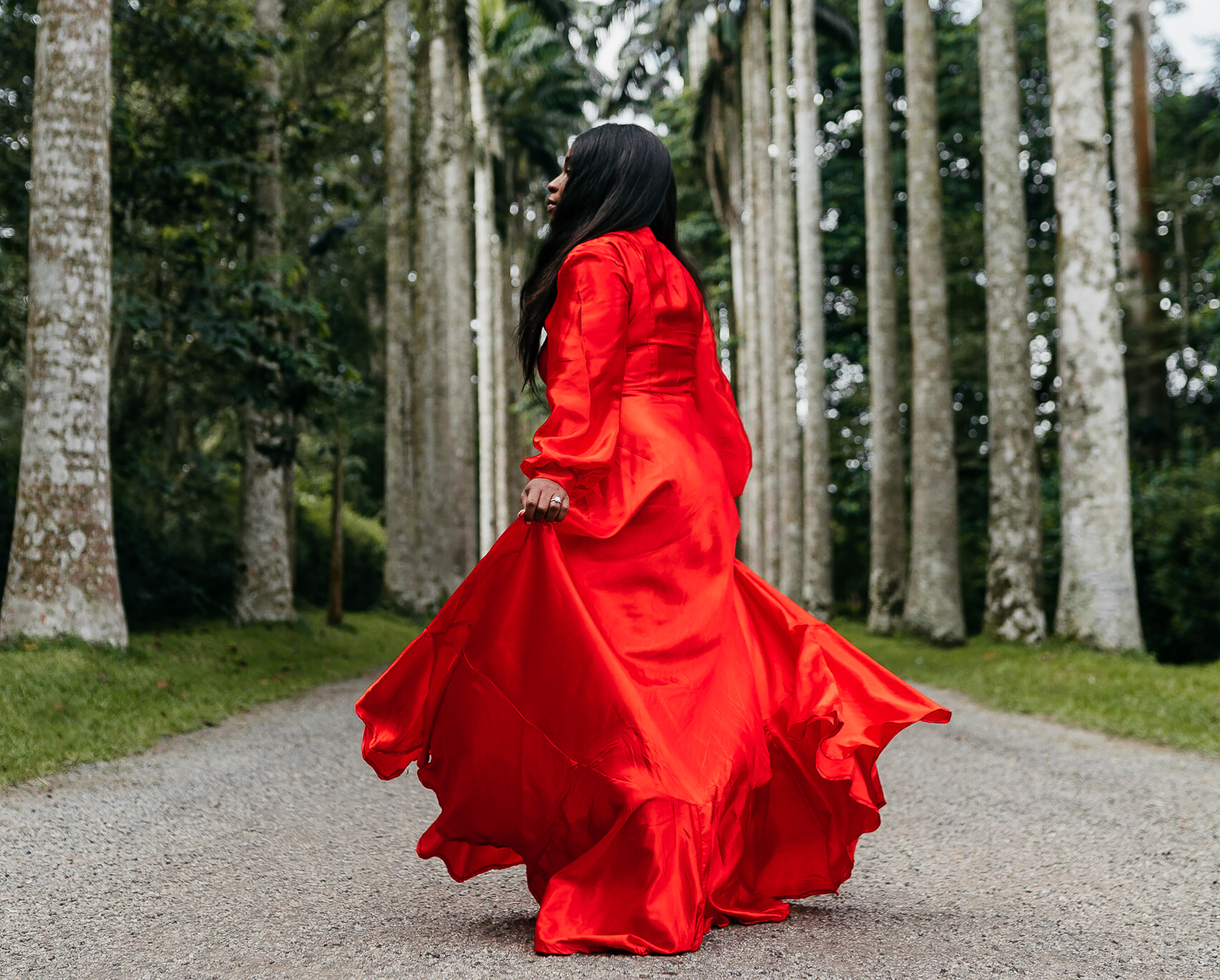